Meaningful Quest of a Filmmaker

An Interview with Michael Wiese
By Ann Baldwin 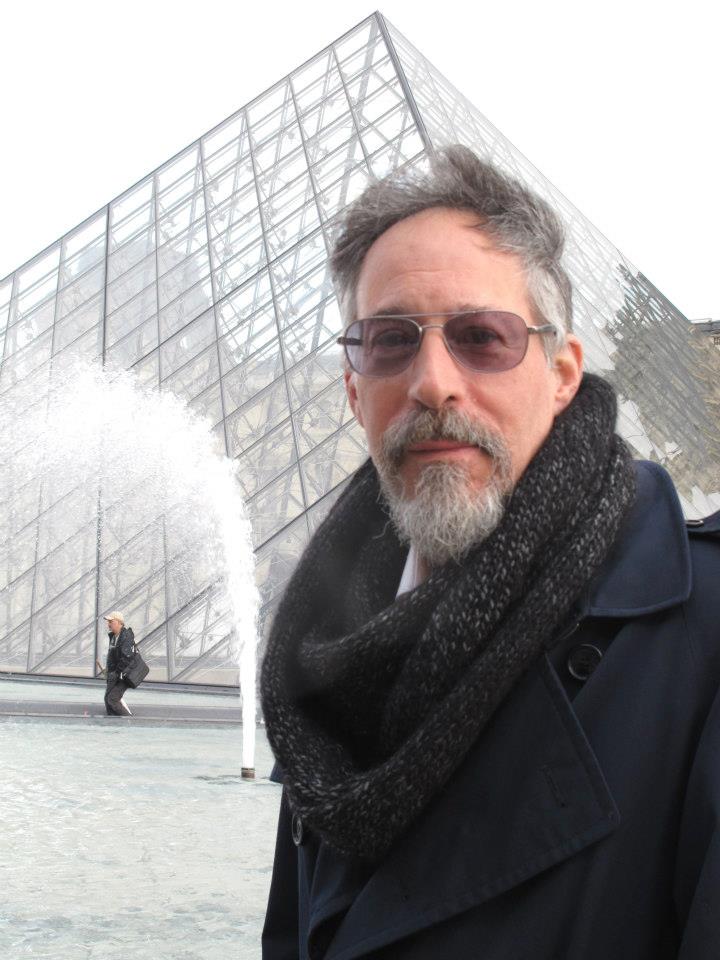 Michael Wiese is a producer, director, author, and publisher with over 35 years of experience in film, television, pay TV, and home video. After producing the highly popular Hardware Wars (a Star Wars parody), Michael was an entertainment executive with Showtime and later Vice President of Vestron Video where he developed, produced, and/or acquired over 300 programs which earned over $100 million wholesale revenues. He was responsible for creating video lines for National Geographic, Smithsonian, NOVA, Audubon, and PBS. He has presented filmmaking seminars for Kodak (at the Cannes Film Festival), The AFI, The International Film Festival, TV workshops and many others throughout the world. Michaels films include Dolphin Adventures, The Beach Boys: An American Band, Diet for a New America,  The Sacred Sites of the Dalai Lamas: A Pilgrimage to the Oracle Lake, The Shaman and Ayahuasca: Journeys to Sacred Realms (Peru), and Talking with Spirits: Journeys into Balinese Spirit World (Bali). He has written eight film books to include Film and Video Budgets, and The Independent Film and Videomaker’s Guide. Today, he oversees Michael Wiese Productions (MWP) which publishes a line of over 150 professional filmmaking books that are used in the major motion picture studios and in over 700 film courses throughout the world; along with, his newest imprint, Divine Arts Media. Michael recently released his memoir book, Onward & Upward: Reflections of a Joyful Life (MWP 2013).

One gift of a great storyteller is the ability to take the common treads we all share and weave them into a unique design that gives us a new perspective on life. Michael does exactly that and more as he travels inward and abroad, as a filmmaker, writer, and spiritual seeker, in search for the ‘secret of life.’ His enthusiasm, wonder, and humor about life connect with the child in all of us and make for fun and interesting adventures in his stories.

Ann: You’ve travelled all over the world; which place did you find the strongest connection that spoke to your heart and why? 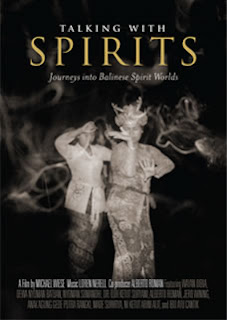 Michael: I first went to Bali in 1970 and lived in a remote village for nearly a year. I was in my early twenties and felt like I’d found a people that exemplified the best in what it means to be human. Spiritual practices made up half of their daily activities and they have a deep relationship to the invisible, unseen world of the spirits. Only after 20+ visits over 40 years was I able to scratch the surface with my film Talking with Spirits.

Ann: You’ve worked with so many talented artists; which ones did you learn the most from and who was the most fun?

Michael: That would have to be philosopher/architect Bucky Fuller because I am still learning from him. He was the first person that I’d ever met who said that the world’s population could be brought to a very high standard of living by employing Nature’s principles and design science. He was very inspirational in getting me to think big.

Ernie Fosselius is the funniest man on the planet. I probably had the most fun when we made Hardware Wars, a short parody of Star Wars. Audiences clearly shared in that fun because for the last 35 years it has been the world’s most popular short. Even George Lucas liked it and gave it an award.

Ann: What was your experience like working with actress Shirley MacLaine and what did you gain from it? 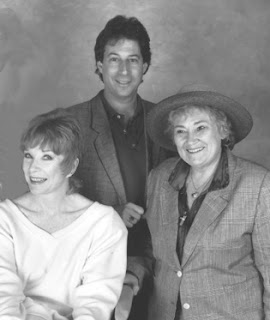 Michael: I directed and produced Shirley’s first video called Inner Workout which essentially is a meditation on the chakras. Shirley is very demanding and is a perfectionist. We worked together for several months on the video then went into a second audio project on the same theme. She is curious about everything and on her own spiritual quest and very brave. She was one of the first celebrities to talk about spirituality and she got a lot of unwarranted flack although she is sincere about discussing the deeper meanings of life. My work with her came at a time when I needed to get my own life on more of a spiritual track.

Ann: You’re a very brave and humorous soul. Can you share with us your creative pitch to filmmaker, Francis Ford Coppola?

Michael: “Brave” maybe, but “inappropriate” is probably more like it. To demonstrate let’s take an excerpt for Onward and Upward:

Steven Arnold and I attend the San Francisco Film Festival. The Godfather has just been released and director Francis Ford Coppola attends a question and answer session after the film. A young filmmaker asks, “If I want to pitch you a project, how should I do it?” Francis thinks for a moment and then says, “Do something different, show me some slides, surprise me.” Steven and I look at each other. Different? Slides? Come on, you want something different? We’ll give you different.

By the end of the next week we had put together a synopsis of our Monkey film, storyboards, and a four-foot-high foam-core cutout of Kaisik Wong in his Monkey costume. It’s folded in such a way so that when you open the large envelope, out pops a large smiling monkey holding the script (and color 8" x 10"s) in one hand and an invitation card in the other with our phone number.

How to get it to Francis? Turns out we know a carpenter who is working on
Francis’ house in Pacific Heights. We give him the pop-up with explicit instructions. We knew exactly where he should put it for maximum effect.

We go back to Steven’s apartment and raise our glasses in a toast. This can’t
fail. We wait. One day. Two days. We have pizza brought in. Nothing. No call?
Impossible. He wants “different.” We gave him “different.” Why don’t we hear from him?

Flash forward two years later; my bookkeeper Rohanna takes me to her house in Mill Valley. When I walk in, there on the wall are the 8" x 10" color glossies of Monkey! “Where did you get these!?” (She previously worked at Zoetrope as Francis’ personal assistant.) She says, “One day Francis storms in and flings these photos on my desk, ‘Some freaks broke into my house and put these in my bed! Get rid of them!’”

Ann: What was it like swimming with wild dolphins during the shooting of your film Dolphin Adventures? 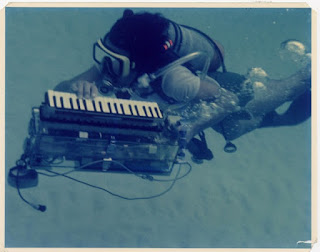 Michael: Another excerpt from Onward and Upward:

We were thrilled that playing music underwater to dolphins paid off with such a magnificent response from the dolphins. Our approach was to let the dolphins choose to be with us or not. It was the first time to our knowledge that anyone has recorded a human/dolphin encounter in modern times.

Being with these magnificent creatures brought out the best in everyone. Maybe it’s the incredible light on the water or the feeling in your brain from floating in the ocean, or the harmony of being with the dolphins, or succeeding in our mission, but whatever the reason, the experience opened our hearts and created a love for one another that sustains to this day. Maybe the dolphins were showing us our own potential for love and compassion as human beings. It is an incredible life-changing event and our film conveys that experience.

Ann: What was the greatest gift you received from your journey inward when you were in Peru with the Amazon Shamans? 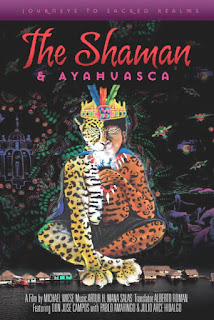 Michael: The gift of myself and a Ph. D. in ecology (laughs). Ayahuasca, the plant teacher, taught me that I am bigger than I ever imagined. I am connected to the whole cosmos. She taught me this experientially which dumped my previously held beliefs in the trash bin and totally changed my world view. It was, by far, the most difficult and the best experience of my life.

Ann: What has been the most rewarding experience in your career as a filmmaker?

Michael: Making the four films that comprise the Sacred Journey Film Festival. Each film took me to a different power spot (Tibet, Bali, Peru) and pulled back the veil into other worlds and dimensions, both for me and the films’ audiences. I feel blessed that I was able to take these journeys and return with the elixir of insight.

Ann: Who was one of the most inspirational people you’ve met and/or worked with and what can you share about that experience?

Michael: Salvador Dali. He held a premiere in New York for my thesis film and invited several of the city’s most celebrated artists of the day, like Andy Warhol. He took me under his wing knowing full well the surrealistic stamp of approval he was granting me. Because of his generous attention, the film went on to a sell-out run in San Francisco and an invitation to Cannes. He taught me how to make something out of nothing!

Ann: What is the best advice and/or encouragement that you can give aspiring filmmakers (whether writers, directors, producers, or cinematographers)?

Michael: Don’t be in a hurry. Follow your own instincts. Make what only you can make, that which comes from inside you (and is not derivative). Avoid “being in development”. If you can’t raise your budget, redesign your film so you can make it for no budget. Keep working. Longevity counts and builds experience. What you plant today, will bloom in time.

Ann: If you had one insight to share with those seeking enlightenment and/or higher-consciousness, what would it be?

Michael: Listen and look within.

Ann: Do you have any current or future projects you can share with us that we can look forward to?

To connect with Michael Wiese you can visit his website at http://www.mwp.com/ and purchase a copy of Onward & Upward at Amazon and MWP.

Ann Baldwin is a screenwriter (The Power of Dreams, Scent of a Trail, Dream Catcher) with several spec scripts in development. She reviews books on screenwriting and filmmaking, writes articles, interviews, and has several books (fiction & non-fiction) in-progress. Prior to launching her writing career, she was a special event coordinator and manager in the hospitality and entertainment industries for over 25 years.