An Interview with Kim Krizan
by Ann Baldwin 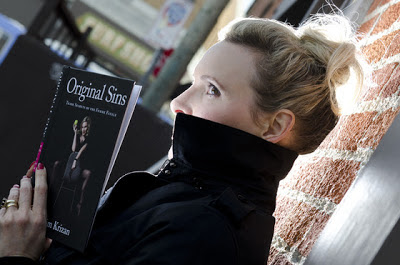 Kim Krizan is an Academy Award-nominated writer of the films Before Sunrise and Before Sunset. She appeared as an actress in the films Slacker, Dazed and Confused, and Waking Life. She wrote the critically-acclaimed graphic novel Zombie Tales: 2061. Kim earned a Master's degree in literature and became an Anais Nin scholar. She teaches creative writing classes for UCLA Extension. Kim recently released her first book, Original Sins: Trade Secrets of the Femme Fatale (Los Angeles 2013).

Throughout history, any woman who stepped out-of-line or didn't abide by the man-made rules of society was shunned, ostracized, made an example of, removed from the clan/tribe, and sometimes, sadly, silenced forever. 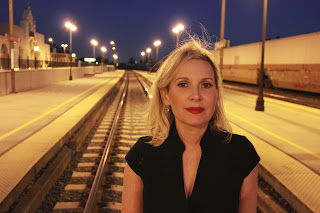 With time though, more and more women have learned to not only fight back with a vengeance, but also realized their true powers, God given gifts, and natural talents; they woke-up, spoke-up, and stood-up, and have continued to put their intelligence, strengths, and abilities to work for them.

Yet, all too often, these women have been given negative labels: vixens, bad girls, tramps, hellcats, and yes, Femme Fatales. So, men beware because "God is coming and She is pissed" (author unknown) and women have moves that...well, you just don't see coming.

Ann Baldwin: What is the best definition of a femme fatale?

Kim Krizan: The best definition of a femme fatale is this: She's a woman who realizes she's captain of her own ship, full stop.

People go to all sorts of lengths to control others. They get particularly angry at women if they don't follow the game plan, because we have a long tradition of thinking of woman as a man's "help mate," a supporting character. If a woman doesn't play this role, guilt trips are employed -- name-calling, shaming.  But the femme fatale doesn't fall for it, she creates her own game plan, and as a result people say she's a "fatal woman," which is the literal definition of "femme fatale." Yes -- she's fatal to their plan. I like to embrace and co-opt the term and call her a Fatale. 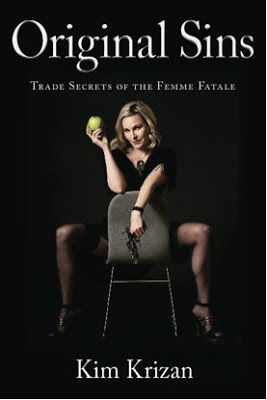 AB: What do you think is the biggest misconception most people have about femme fatales?

KK: People don't understand that the femme fatale was not born, but made. Hey, she tried to play nice back when she was a naive lass, but people took advantage of her, wounded her, used her. Yes, the femme fatale has feelings. But instead of lying down and dying, or being cowed and conforming to their vision, she rose up and got smart. Now she's not so nice.

AB: What did you learn about them during your research that surprised you the most?

KK: Almost universally, femme fatales and the women who play them so brilliantly have been seriously hurt in childhood. Lana Turner's father was murdered and then she was shipped off to people who abused her. Rita Hayworth was taken out of school and became the family breadwinner was probably sexually abused as well. Pola Negri's father was banished to Siberia. Anais Nin was abused and abandoned by her father, who went on to live a life of luxury while his wife and children came to America and struggled in poverty. Louise Brooks was molested at age nine and when she told her mother, her mother slapped her. Mata Hari was sent to live with relatives who didn't want her, so she married a soldier who turned out to be an abusive drunk. The list goes on and on: abuse, abandonment, all kinds of trauma. 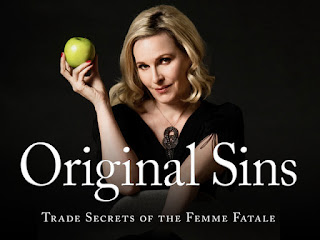 AB: What are some of the differences between & similarities of a femme fatale & a feminist?

KK: A feminist wants to have the same political and social rights men have. The femme fatale is not waiting for the powers that be to legislate or protect her rights and she really doesn't care what men have. The femme fatale also knows women aren't always her friends, her partners in some sisterhood. The fatale knows we're all in it alone; she's a truly independent person who knows fairness is an abstract concept -- that she's responsible for creating her own justice.

Sometimes I think feminists still make men the center of all things and continue to react against them, forever playing defense. The fatale plays offense on a team comprised of one. But to give feminists credit: Feminists work in the world of laws and politics and social networks (which the Fatale eschews), and she, the feminist, works for the person who may not have the tools or the strength to go it alone. The feminist is a team player. The fatale is a lone wolf. And they both pursue fulfillment. 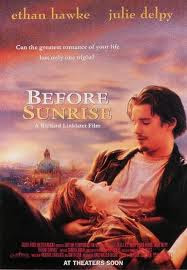 AB: As you mentioned earlier, many women are given negative labels, whenever they step out of the box, break the mold, shatter the glass ceiling, don't conform, speak up, take a stand, or show any strength.  Femme Fatale is one of those labels that usually conjures up negative images and emotions. Who are some examples of women (real or fictional) that were given the label, femme fatale, that truly did good for our society and humanity or in a story?

KK: Hillary Clinton comes to mind. I don't believe she was ever called a femme fatale, but do you remember the things that were said about her? "Lower than a snake's belly"? Suggestions that she was evil, craven, even involved in murder? Now isn't that transparent? She is a powerful woman, so what's the best way to negate her? But she's flown all over the world encouraging people to consider the possibility that "women's rights are human rights." I saw her speak in Austin back when she was First Lady, both she and Ann Richards, who was governor of Texas at the time.  What I remember most about Clinton's speech is that it was so spiritual, almost transcendent. And she went on, even though she was being destroyed every single day on talk radio and in the hallowed halls of our government, to become a senator and then Secretary of State; so, maybe being lower than a snake's belly is not so bad. 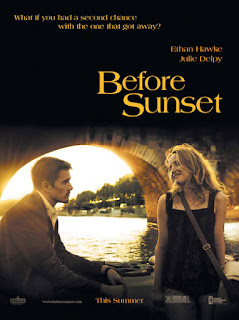 AB: Who are your favorite historical & film femme fatales and why?

KK: I adore Eve. I suppose we could say Eve is the prime mover of the Western world's most pervasive folktale. Here she was, the mother of "mankind," living naked in paradise and surrounded by the beauty of untarnished creation. Her only job was to breed and stay away from a certain tree. She could've lounged around the pool all day, drinking margaritas and reading 50 Shades of Grey, but no -- she wanted more. She wanted knowledge. She wanted to understand good and bad. And for some strange reason, God didn't want her to know. I guess he expected her to go all of eternity without asking these questions or succumbing to curiosity about the value of things in a moral context. Interestingly, Adam wasn't curious. What the hell was he doing with his time? Was he playing with his Black & Decker power tools? Perhaps sawing down the jungle? So anyway, Eve got bored and ate of the tree of the Knowledge of Good and Bad and -- well, my God. Because of her desire for knowledge, Eve and her husband were booted out of paradise and now we all die! You know, I was born in the Twentieth Century but as a child I was taught that Eve was selfish and weak, a sex kitten that lured man into Satan's trap, and because of her we all suffer and wait for God to rectify things at some future date. If that isn't a great femme fatale story, I don't know what is.

As for my favorite fictional femme fatale, I have so so many, but I really have a special appreciation for Mrs. Robinson from The Graduate. I find her to be Benjamin's hero in many ways. Yes, she has an affair with and thereby "corrupts" him. And yes, she's married to Benjamin's father's partner. But Mrs. Robinson is the only adult who sees the man in Benjamin; his parents and all of their friends infantilize him, use him as entertainment, their dancing bear. Benjamin has jumped through hoops to be a good boy and make them proud, and it has not made him happy. In fact, he's a nervous wreck. Mrs. Robinson takes him away from all that and after she deftly manipulates him into an affair, he goes from being a nervous child to being a cool, worldly man. Mrs. Robinson herself is quite bored with her life; she gave up art because she got pregnant and had to get married and raise a kid. Now that her daughter is off at school, she's like, "Screw it. I'm going to do what I feel like." She goes after Benjamin rather brilliantly and gives him the gift of manhood.

AB: There are two ends of the spectrum of a femme fatale, those that do good and those that don't; do you believe the image and characteristics of the current day femme fatale is going through a metamorphosis and transforming to lean more towards the positive and good side of the archetype's spectrum?

You can connect with Kim Krizan at https://www.facebook.com/officialkimkrizan and purchase a copy of Original Sins: Trade Secrets of the Femme Fatale at Amazon.
_________________________________________________
Ann Baldwin is a screenwriter (The Power of Dreams, Scent of a Trail, Dream Catcher) with several spec scripts in development. She reviews books on screenwriting and filmmaking, writes articles, interviews, and has several books (fiction & non-fiction) in-progress. Prior to launching her writing career, she was a special event coordinator and manager in the hospitality and entertainment industries for over 25 years.
You can visit her website at http://www.annbaldwin.net and her blog page at http://ahigherfrequency.blogspot.com